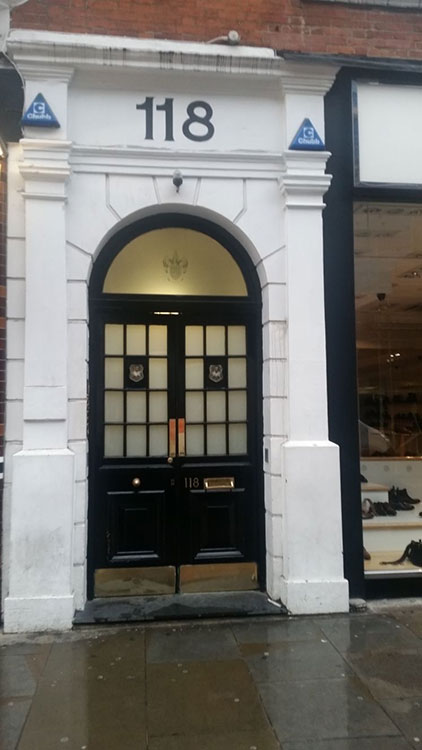 The Covent Garden I knew growing up was not the upmarket shopping and entertainment centre you’ll see today, but the somewhat dilapidated but characterful fruit, vegetable and flower market, which only moved out in 1974. On the way to school, my sister Fiona and I said hello to the market traders, who in turn used to wind us up about Sister Camilla! This lady had quite a reputation locally as the scary Headmistress of St Joseph’s, with generations of locals.  After school, and as the market wound up each day, the pavements would be mottled with crushed beetroot or anything else that had wobbled off the stalls.  Whole pallets of strawberries or fresh red roses from the flower market were given to local kids on their birthdays. It was a close knit, ebullient, and yet tough community.

At the heart of the thriving hub of Long Acre, was our home above a warehouse at 118, which was a theatrical residence.  Its most famous residents included Margot Fonteyn who stayed with her sister-in-law Adele. You’ll now find a London Blue Plaque up on the building in Long Acre dedicated to her.  Also neighbours were Doris Hare, who was famous for the TV show ‘On the Buses’, the extraordinary Robert Helpmann actor/dancer, who was in Chitty Chitty Bang Bang stayed regularly at flat 16 Many TV and West End big personalities visited their friends after a night on stage, such as Tommy Cooper, who used to be pals with the Prince of Wales’ theatre’s Property Master, Jimmy Hinchcliffe. I still recall Tommy Cooper’s laugh booming through the walls, or Hollywood Actor, Jack Kruschen sharing stories over a few drinks. Many of our neighbours were regulars on the summer holiday end of pier shows, or served in ENSA during the second world war. Stage musicians such as Anna Fellows and wonderful comedienne Brenda Armstrong, who had a wickedly vivacious laugh and a husky voice lived next door.  And there were acting legends too, including Charles Kemble from the Siddons-Kemble acting dynasty, who lived opposite us.  He was a well known actor manager, and later ran cinemas in the 1960s. There’s a painting of his relative, Sarah Siddons at the National Portrait Gallery, and the Kemble’s Head was at one time one of the most popular pubs in Covent Garden.

Neighbours also worked at the Talk of the Town, a West-End dinner and cabaret show in Leicester Square, and at lease one person was a floor manager for the first BBC TV broadcasts.  My mum and dad worked in the West End theatres, which gave my sister and I ample time backstage to talk to actors, dancers and musicians – and stage door men! At the Royal Opera House, where dad worked, we also sat in on lots of technical rehearsals with choreographers, Kenneth MacMillan and Frederick Ashton – which was great to see as a future ballet dancer – an experience that will never leave me!  Meeting the contemporary dance legend, Martha Graham and waving hello to fellow showbiz kid, Liza Minelli on the UK dance tour was great.  Both mum and dad had stage careers before my sister and I came along. They had originally lived at the Interval Club and later married at St Patricks Church in Soho Square, where our christenings also took place.  The area was buzzing – it was the 1960s, home of swinging London. 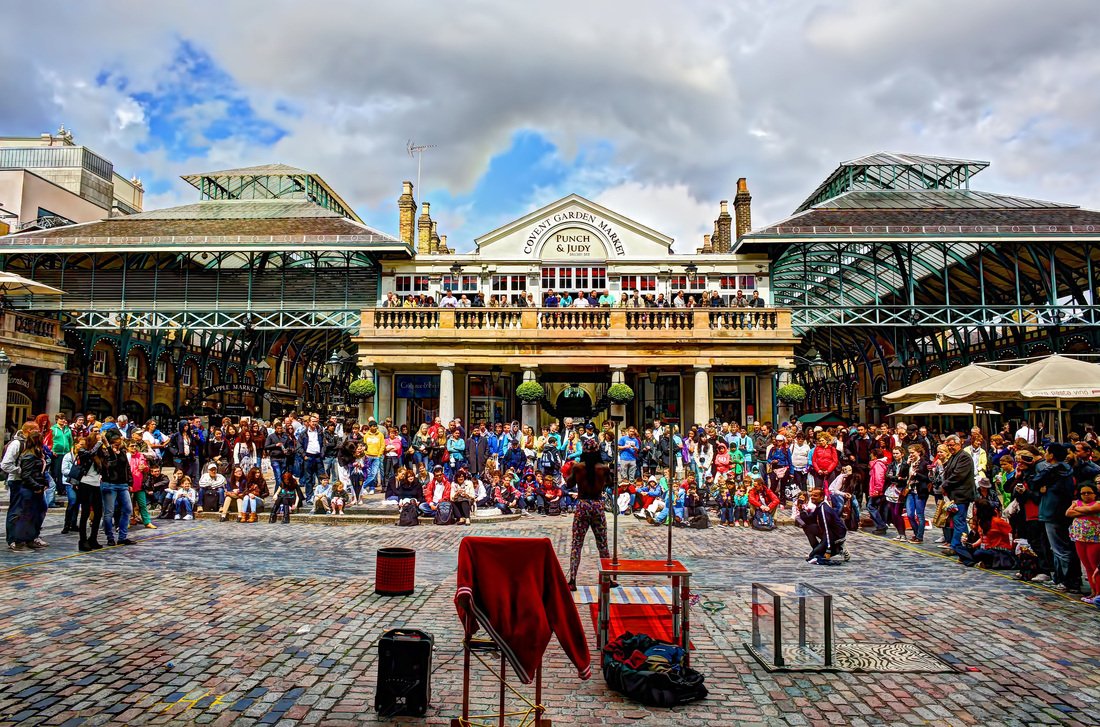 As Covent Garden market moved to Nine Elms in 1974, the Greater London Council wanted to modernise the area.  They planned to knock down the old market buildings, build a conference centre, with the new style of architecture to follow CentrePoint in Tottenham Court Road. Our Community actively fought to preserve the historical market and characterful neighbourhood. This involved protest marches and residents’ meetings in flats to say ‘Rhubarb to the GLC Covent Garden plan!’.

Dad went on to chair the Covent Garden Forum, which with the CGCA mapped out a new future for Covent Garden once the plans to bulldoze it were dropped http://www.coventgardenmemories.org.uk/page_id__94.aspx

TV Interviews with fruit, veg and flower traders on the last day of Covent Garden market on 11 November 1974: